Brownies Made with Black Beans--Yay or Nay?

One of my favorite "Health People" is Talia Pollock, the "Party in my Plants" girl, the girl who "Takes the Hell out of Healthy Living". I mean, c'mon, when you have a tagline like that, how can anyone resist reading more?  The girl just cracks me up!  She's got a great sense of humor and totally rocks recipes for healthy eating!  If you're trying to bring more veggies into your life, check her out!

Anyway...I digress. I signed up for Talia's newsletter, and in her last one, she shared a recipe for "Fooled Ya" Brownies.  Brownies made with no grains, no eggs (good for vegans!), not a whole bunch of sugar, and no oil!  Plus, they're made with black beans--helloooo protein and fiber!
Now in her newsletter, Talia swore up and down about how delish these were and how you could make them and fool all the health food haters in your life because these Black Bean Brownies taste just like the real thing (you know, the yummy tasting brownies made with crazy amounts of oil and sugar, white flour, artificial colorings, flavorings, and other nasty junk?).  So I HAD to make them.

What did I think?

I thought they were totally amazing!  Totally fudgy, great texture, and just enough sweetness when you add the chocolate chips (I used mini dairy-free ones)!  A total win!

Now this being said, I don't eat a lot of sugar or sweets anymore.  Not 'cuz I don't like them, but because I'm trying to re-balance and heal my gut which has been a mess since I was a kid.  So...I have given up eggs and dairy (since I recently found out I'm "allergic" to them) and I RARELY have added sugar of any kind because sugar is not friendly to an unhappy gut.  Plus I mostly stay away from gluten (another gut irritant).  So brownies aren't typically a food I eat.

So are these "Fooled Ya Brownies" REALLY good, or is it just me?  I had to call in a pro for a second opinion.

Now, my dear sweet Hubby is a brownie connoisseur.  He even has his own brownie pan that only makes brownies with edges (no "middle pieces").  He believes a good brownie must have edges!


Unfortunately, when I made these "Fooled Ya" Brownies, Hubby knew I wasn't making "NORMAL" brownies, so when I gave him one, he immediately stuck up his nose...

And then he proceeded to make loud gagging sounds. 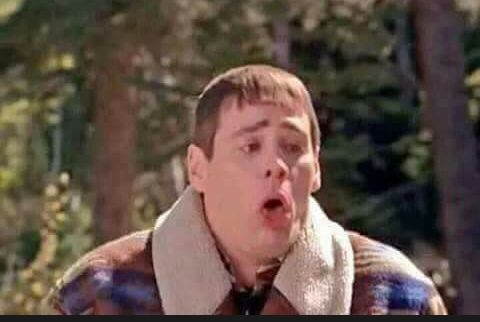 Sigh. Definitely NOT an unbiased opinion!

Ugh!  Now I STILL don't know if they're as good as I think they are!

Those of you who aren't afraid to eat whole, real foods, in new and exciting ways!

I need you to make this "Fooled Ya" Brownie recipe from Talia Pollock and tell me what you think.  See if you can find some friends to share them with (and don't tell them they're made with beans until after you've asked them what they thought!).  I'm so curious!

I'll be waiting to hear your opinion!!!

PS
Talia also has a Blondie recipe made with chickpeas.  Yes, I said chickpeas (AKA garbanzo beans).  I need to try this one too!  :)

Posted by Dorothy Corrigan at 7:28 PM No comments: